John Holden brings over twenty-five years of broadcast news, journalism and production experience to StarMedia Productions. As a former feature reporter for NBC in Miami, FL, where he started with Katie Couric….and an on-camera reporter and producer for affiliates of NBC, CBS and ABC … Mr. Holden was the recipient of six EMMY Awards for anchoring, writing, producing and directing of news features and specials. Mr. Holden is the recipient of a Videographer Award for Corporate Image for Ford Motor Company, as well as a Nat’l TELLY Award recipient for a travel production in Montana’s Glacier National Park. He is recipient of two Golden Palm Awards from the International Television Association for scriptwriting and producing “Tahiti by Gauguin”, a segment he produced in Bora Bora sponsored by Radisson Seven Seas Cruises. Mr. Holden is also a recipient of an ADDY award and a national TELLY Award for video & film productions.

As a former senior producer for the nightly entertainment show PM Magazine, Mr. Holden produced weekly features on unusual people and exotic destinations for syndication nationwide….from blow-gun hunting in the Amazon jungle to swimming with underwater wildlife in the Galapagos Islands. John Holden has worked with and interviewed most of the Fortune 50 CEO’s, A-list celebrities and world leaders in politics. Mr. Holden is presently host of the nationally syndicated television series, “Earth”, formerly “The Green Room “with John Holden airing on the Discovery Channel. 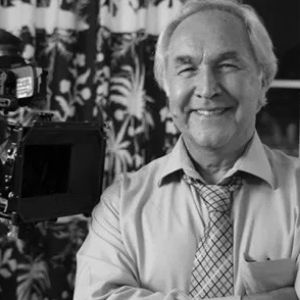